We recommend the X540-T2 for the BalanceNG machines in a PCIe x8 slot. Even when using just one of the two connections it provides exceptional full duplex performance. We measured up to 9.3 Gbit/sec with iperf/TCP which is almost the same as the maximum of 9.4 Gbit/sec when testing directly. Double check the cooling airflow in your case, this card is automatically switched off when it gets too hot ! 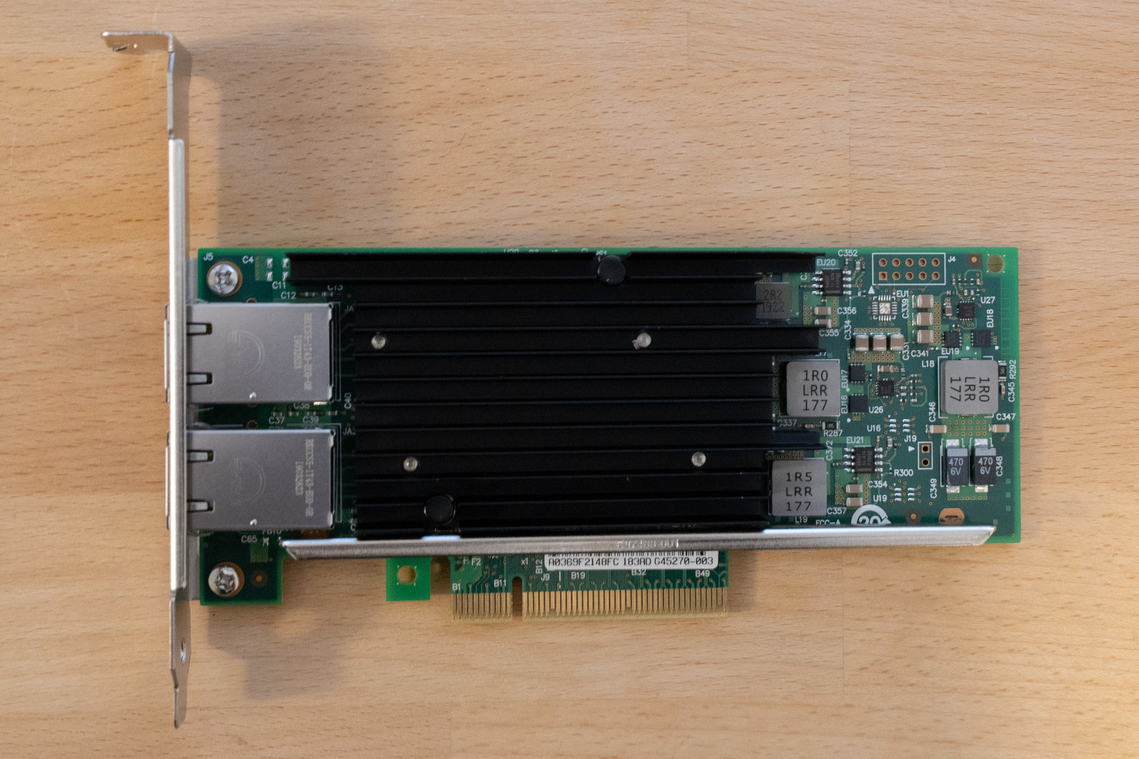 The Asus XG-C100C card is a suitable alternative for client systems and target servers (real servers). For the BalanceNG nodes use the Intel X540-T2 instead (the Asus XC-C100C on PCIe x4 slows down significantly when receiving and sending at the same time). 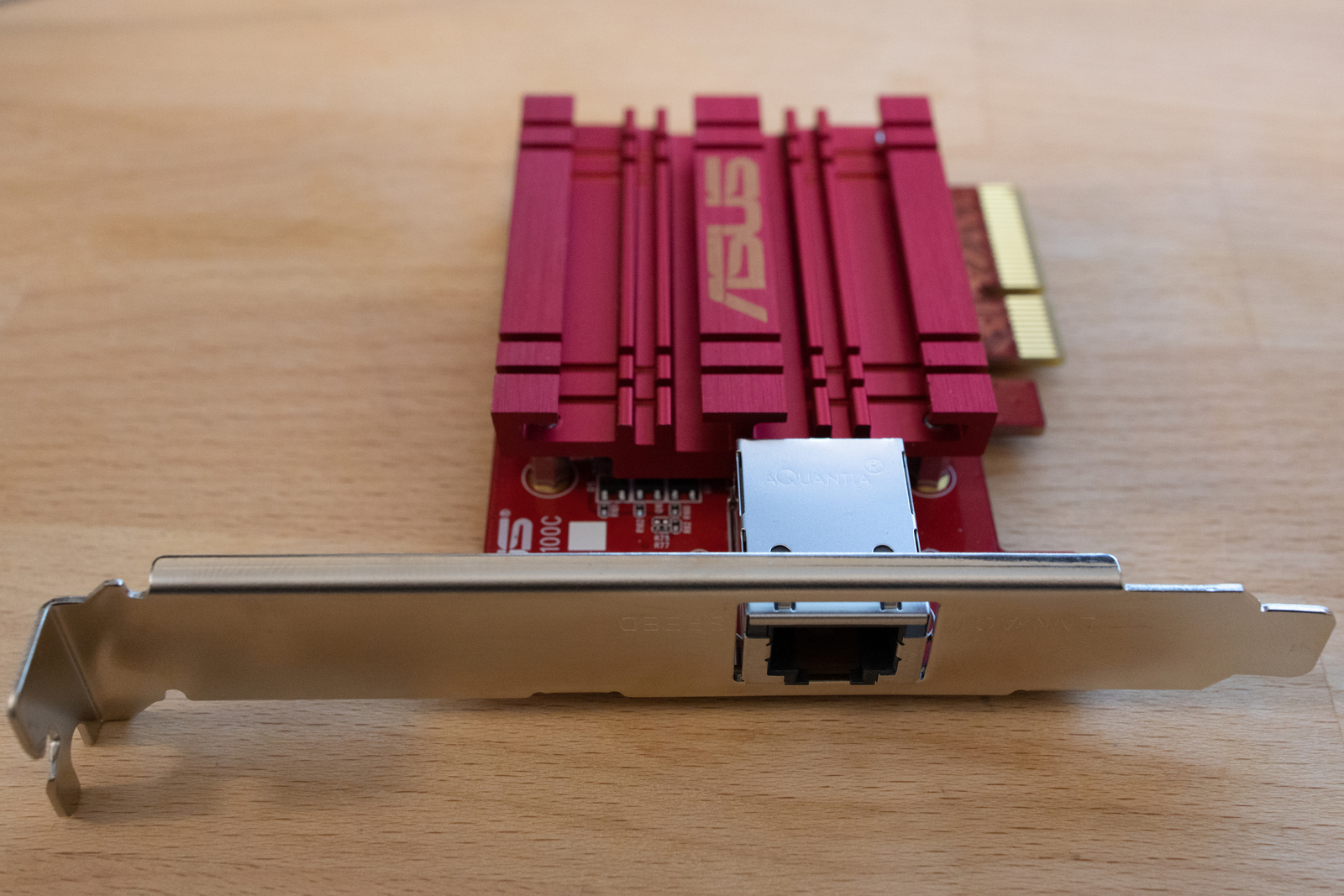